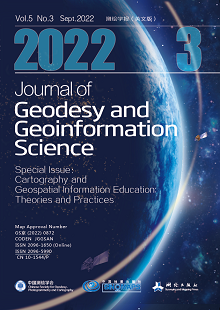 The Journal of Geodesy and Geoinformation Science is an official quarterly scientific publication. This journal is supervised by China Association for Science and Technology, sponsored by Chinese Society for Geodesy, Photogrammetry and Cartography and SinoMaps Press Co., Ltd. And it is published by Surveying and Mapping Press Co., Ltd.